Home > Our Blog > Berd > How the Deportation Process Works

How the Deportation Process Works 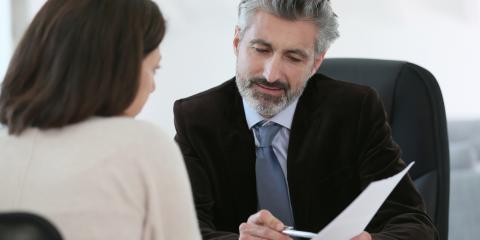 Failing to maintain the conditions of your visa, being convicted of a crime, or being undocumented can put immigrants at risk of deportation. When detained by ICE, many immigrants and their families have no idea what to expect, how long the process might take, or whether they should consult with an immigration attorney. The laws about this topic are subject to change. An attorney can help you stay up to date, but here’s a general primer that may be helpful.

5 Steps of the Deportation Process

Undocumented aliens or those with expired visas may be subject to expedited removal if they have been in the U.S. for less than two weeks or were arrested within 100 miles of the border. Otherwise, you will be issued a Notice to Appear explaining why the government believes you should be deported.

The initial appearance before an immigration judge is simply to determine whether you should be released on bail or remanded into custody until your case is decided. Unless the government decides that you pose a security risk, you will likely be granted bail, which is set by the judge.

Deportation hearings typically consist of two separate court appearances. The first hearing gives you an opportunity to admit to the charges or deny them, while the second allows your immigration attorney to present your case. If you don’t succeed in the hearing, you may file an appeal within 30 days.

If your hearing or appeal is unsuccessful, the judge will issue an Order of Removal, which will come in the mail if you’ve been released on bail. Fortunately, your immigration attorney may be able to appeal, although you may be kept in custody until the resolution of the case.

Once the federal government has obtained travel documents from your country of origin, they will begin the actual removal process. Deportations are usually completed through air travel, although ground transportation may be needed to reach some destinations. These arrangements are made by ICE and paid for by the U.S. government.

For over 13 years, the immigration attorneys at Berd & Klauss, PLLC have helped clients throughout New York City navigate the deportation process. Because they focus exclusively on immigration law, their legal team provides detailed, effective advice based on the latest changes to the constantly evolving system. Visit their website for more on how they can help fight your deportation. Call (212) 461-7152 to arrange a consultation.