Let Berd & Klauss, PPLC help you understand immigration and deportation law. We work on all types of issues, including relief and eligibility for waivers. Feel free to contact our office for some information or to schedule an appointment to talk to one of ourdeportation lawyers in NYC. We will do our best to help you navigate the legal process and get you what you need. 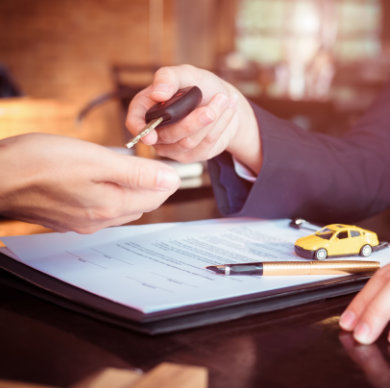 In representation of aliens in deportation proceedings, we pursue the following major stages:

If an alien is detained by the USCIS, we seek his release (on his own recognizance or bond) from detention during removal proceedings;

We use our experience to persuade the USCIS to exercise favorable prosecutorial discretion;

Deportation, or removal proceedings, is the government’s attempt to remove an individual from the United States due to the fact they do not have a legal basis to remain physically present in the U.S. If the proceedings are not successful, deportation may force a foreign national to leave the United States and make it extremely challenging to return legally. Removal proceedings require Immigration and Customs Enforcement (ICE) to provide evidence that you can be legally removed from the U.S. An experienced deportation lawyer in New York can challenge immigration authorities in their case against a foreign national and prove that you qualify for any exceptions that can overcome deportation proceedings and allow you to remain in the United States.

One common reason a person can be deported is for entering the country without inspection. This can include entering without inspection, such as using a false passport or illegally crossing a border. Even if you did enter the United States legally with a valid visa, you can be removed if you overstay your visa. In addition, a person in the country legally can become deportable if convicted of certain crimes. Our immigration law firm’s attorneys represent individuals in all types of removal matters in New York and throughout the New York metro area.

Berd & Klauss, PLLC provides exceptional and experienced immigration attorneys to counsel international companies, small business and individuals in immigration matters which range from employment-based immigrant visas, non-immigrant work visas, marriage green cards and citizenship. Our lawyers are based in New York and can successfully represent individuals who wish to work in the U.S., such as foreign students looking for their first job after graduation.