Berd & Klauss, PPLC are immigration attorneys practicing in the New York area. We have been around since 2007 and we are very proud of what we do for our clients. If you are searching for a law firm in New York that understands citizenship and naturalization, look no further. It is one of the areas that we cover. Call us today to schedule an appointment and we’ll let you know the further steps that needs to be taken in your legal situation.

Naturalization is defined as the process by which eligible U.S. Permanent Residents may apply for and be granted U.S. citizenship.

Below are the seven general requirements for naturalization:

1) An applicant for naturalization must be at least 18 years old;

2) An applicant for naturalization must be a Lawful Permanent Resident for at least five years. A notable exception to this general rule may include a person who has been married to a U.S. citizen for at least three years;

3) After having been granted Lawful Permanent Residence, an applicant for naturalization must have resided continuously in the United States for at least five years;

4) Most applicants must have been physically present in the United States for at least 30 months of the five years of required continuous residence;

5) At the time of filing an application for naturalization, an applicant must have lived for at least three months in the USCIS district where the filing took place;

7) A naturalization applicant must demonstrate an understanding of the English language, including an ability to read, write, and speak words in ordinary usage in the English language. An applicant must also demonstrate a knowledge and understanding of the fundamentals of the history, and of the principles and form of government, of the United States.

If you have a “deportable” conviction, and you apply for naturalization, not only your naturalization application can be denied, but you also can end up in removal proceedings. That means that you will have to defend yourself from deportation in Immigration Court.

Some people will be able to apply for Cancellation of Removal, which is a one-time pardon from deportation. If you committed an offense within 7 years after you were admitted to the U.S., you may be ineligible for this defense. If your conviction was for an “aggravated felony” (see below), you will be ineligible for this pardon. But if you plead guilty before April 24, 1996, and have no other offenses, then you may be eligible for a pardon under old laws.

Convictions for the following offenses may trigger initiation of deportation/removal proceedings. You cannot always tell if your conviction fits a particular category just by looking at the name of your offense, so expert advice is highly recommended. 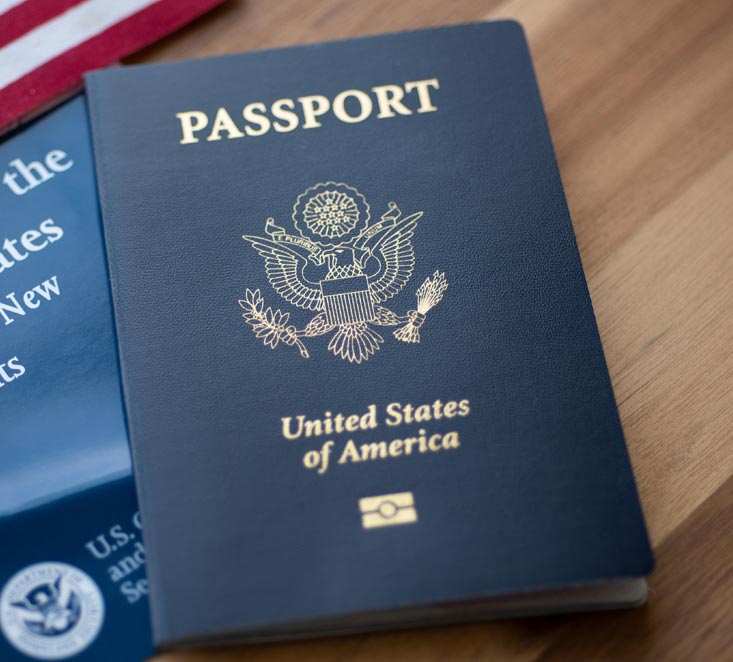 This category of offenses is hard to define. Examples include, but are not limited to:

You are deportable for a CIMT if:

Any firearm or destructive device offense.

Any drug offense, except 1 offense for marijuana possession of 30 grams or less.

If you have an aggravated felony, you will have very little chance of fighting deportation. This category includes, but is not limited to:

Berd & Klauss, PLLC provides exceptional and experienced immigration lawyers in NYC to counsel international companies, small business and individuals in immigration matters which range from employment-based immigrant visas, non-immigrant work visas, marriage green cards and citizenship. Our lawyers are based in New York and can successfully represent individuals who wish to work in the U.S., such as foreign students looking for their first job after graduation.